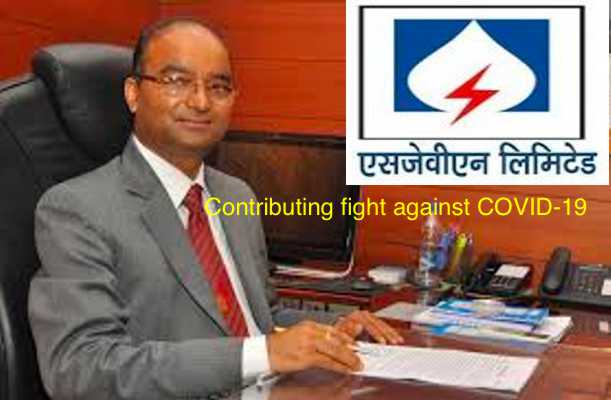 Sh Sharma stated, that the Project was initially envisaged on 27th October 2008, when initially MoU was signed between SJVN and GoHP for development of this project SVP. Subsequently on 25th September 2019 during the Investor meet graced by Hon’ble Prime Minister Sh. Narender Modi, MoU was signed for the harnessing of this project on Stand Alone basis.  it is a matter of great pride and historical achievement for SJVN,  that all necessary approvals and clearances have been obtained in record time, paving way for commencing of Construction activities of the project. Sh Sharma profusely expressed his special gratitude to Hon’ble Prime Minister Sh Narender Modi for his unstinting guidance and blessings. Sh Sharma stated that the above could only be achieved with the continuous support of  Sh RK Singh, Minister of State (Independent Charge) MNRE, Sh Jai Ram Thakur, Chief Minister of Himachal Pradesh and Sh Prem Kumar Dhumal , former Chief Minister of Himachal Pradesh. Sh NL Sharma mentioned that Sh Anuraag Thakur, Minister of State for Finance devoted most invaluable assistance, in facilitating timely clearance for the project for which SJVN would be eternally indebted.

Sh N L Sharma  informed, that the project, a run of river scheme on river Beas at Dhulasidh, about 10 km downstream of Sujanpur in Distt Hamirpur, Himachal Pradesh. The salient features of the project are Concrete gravity dam, 70meter high 195-meter long . Dam would create a reservoir of about 20 Kilometer. Discharge of 161 cumecs would be utilized through two intakes housed in the dam body which after traversing via two penstocks each of 4.3-meter diameter and 62 meters long would enter the turbines. Dam Toe Power House is planned on the left bank of river Beas which would house the complete Machines of two generating units of capacity 33 MW each.

SJVN signs MoU with Ministry of Power, Govt. of India

The project will generate 304 Million Units of energy annually.  Sh Sharma assured  that SJVN would complete this project in 54 months and this would generate employment for 1000 persons. Besides adding valuable renewable energy to the grid, this on completion would reduce 2.4 lakh Tons of carbon dioxide from environment annually.   Himachal Pradesh would  be benefitted with free power as per MOU on project commissioning.The project after commissioning, will provide free 100 units of electricity per month to project affected families for 10 years.

With this SJVN  has added another feather by contributing for the vision of 24X7 “POWER TO ALL”.