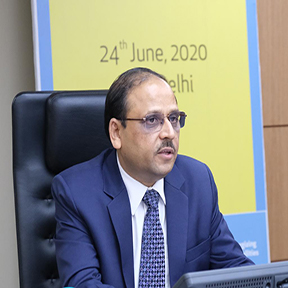 Mr Manoj Jain, Chairman & Managing Director, GAIL said that the company had made Capex of Rs 6,100 crore in the current FY 2019-20, mainly in the on-going pipeline projects,Consequent upon debt resolution of KLL, GAIL’s equity in KLL has increased from 40.92% to 69.06%. Accordingly, KLL has become GAIL’s subsidiary.

CMD GAIL stated that although there were some reductions in GAIL’s business activities in initial stage due to countrywide lockdown, with graded relaxation in lockdown and other measures by the Government of India to resume economic activities, the operations of the Company has been normalised to a great extent.
The Petrochemical Plant, which had taken a shutdown in April 2020, is now operating at 100% capacity. The LHC production and transmission segments did not see much impact and are currently operating at 100% of FY20 levels.