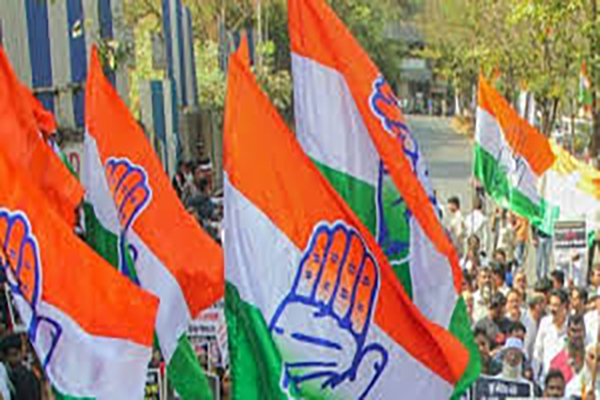 New Delhi: Congress Party has decided to undertake mass protest programmes aimed at opposing the unprecedented rise in the price of Petrol and Diesel as also opposing the Chinese incursion of our territory by paying homage to the martyrs of Ladakh.

Shri K C Venugopal, AICC General Secretary, Incharge for Organisation said that on Friday 26th June 2020, Congress party will pay homage to the martyrs of Ladakh by observing ‘Shaheedon Ko Salaam Divas’ across India. They will sit at ‘Shaheed Samaraks’ or the statues of Mahatma Gandhi or freedom fighters in their respective locations. In paying homage to the martyrs there will be no sloganeering and silent protesters along with the National Flag in the background and placards will light lamps and candles in tribute to the martyrs between 11 am to 12 noon on that day. A massive online campaign named “Speak up for Our Jawans” also will be held on the same day by posting live videos and posts on social media platforms.

On Monday 29th June, 2020, Congress men and women will also sit on two-hour dharna from 10 am to 12 noon at every district headquarter to protest against the unprecedented rise in the price of petrol and diesel. Displaying banners and placards demanding roll back in the prices, the protestors shall maintain all social distancing norms and wear protective masks. At the end of Dharna, a memorandum addressed to the President of India through the District Magistrate/Deputy Commissioner will be submitted with all leaders of the district merging at the office of the concerned DM/DC. On the same day, the party will also hold a massive online campaign i.e. “Speak-Up on Petroleum Price hike”. The leaders, party functionaries, and sympathizers will put up live videos and posts highlighting the plights of truck and taxi drivers, Uber/Ola drivers and the common men in particular.

The Pradesh Congress Committees will then follow up with Talukas/Tehsil and Block level dharnas, in the week between June 30 and July 4, 2020. All these protest programs shall be adhered to the social distancing protocols issued by the relevant authorities.

The two events shall be open for the media to cover so that a unified voice of protests can be conveyed to the unresponsive anti-people and anti-India Modi Government at the Centre, Shri Venugopal informed.