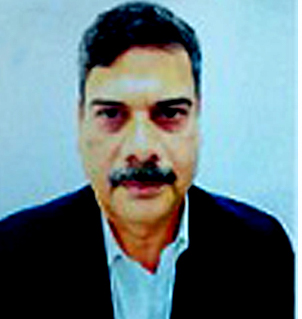 (Faridabad)Shri Tanmay Kumar, IAS, Joint Secretary, Ministry of Power has been appointed as Government Nominee Director on the Board of NHPC Limited, India’s premier hydropower company, with effect from 11th June 2020. Currently, as Joint Secretary in Ministry of Power, Government of India, Shri Kumar is looking after Transmission Sector, PGCIL, POSOCO (Power System Operation Corporation Limited) and Grid Integration of Renewable Energy amongst other assignments. Shri Kumar is a 1993 batch IAS officer of Rajasthan cadre and is a B.Tech and M.Tech from the prestigious IIT, Delhi.

Shri Kumar has served in various capacities in Rajasthan Government for about 27 years. He was Collector and District-Magistrate of Bharatpur, Alwar and Kota continuously for more than 6 years. He then served in the Chief Minister’s Office for 3 years in the first instance as Deputy Secretary, Special Secretary and then as Secretary to Hon’ble Chief Minister. Later, Shri Kumar served as Principal Secretary to Hon’ble Chief Minister for 5 years (2013-2018) in the second instance. During his tenure, he has won a number of awards for spearheading several reforms in the field of public administration and their effective implementation. In his long career in public service, Shri Kumar has stood out for his honesty and sincerity and is most passionate about his work. He believes in strengthening the system and in continuous improvement/innovation of the existing system as well as in business process re-engineering/government process reengineering.

Shri Tanmay Kumar has also served as Chairman, Rajasthan Renewable Energy Corporation Limited (RRECL) for 5 years. He has a rich and varied experience of the power sector, having worked with the Chief Minister, Rajasthan who was also the Energy Minister. Shri Tanmay Kumar’s appointment as a Government Nominee Director will be highly beneficial for NHPC as well as Hydro Sector in the Country.