Our legal struggle to curb biased media will continue until we get desired results: Maulana Arshad Madani 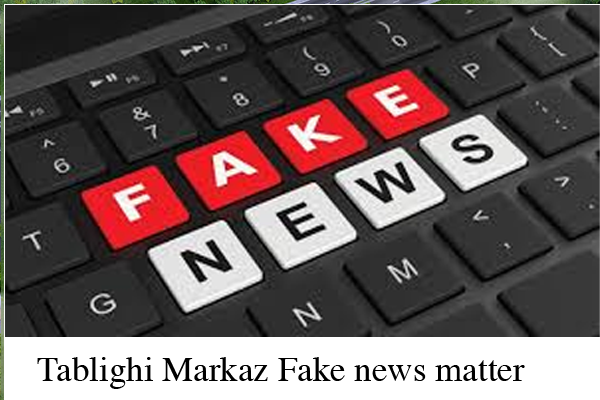 New Delhi,: Jamiat Ulama i Hind & Anr. v. Union of India & Anr. [Diary No. 10871 of 2020] matter came up today in VC 1 before a bench comprising of Hon’ble the Chief Justice, Hon’ble Mr. Justice A.S. Bopanna and Hon’ble Mr. Justice Hrishikesh Roy in which the Hon’ble court directed Jamiat Ulama I Hind to serve a copy of the petition to Union of India and make respondent Broadcasts Association.
Mr. Dushyant Dave, Senior Advocate along with AOR Ejaz Maqbool and Ms. Akriti Chaubey, Advocate appeared and argued.
The Bench directed the Petitioners to implead the News Broadcasters Association (NBA). Mr. Dave, pointed out that the matter concerned the Statutory powers of the Government under Sections 19 & 20 of the Cable Television Networks (Regulation) Act,1995 and that NBA being a private body had no powers. Mr. Dave also pointed out that the matter was of serious nature and directed the Court’s attention towards the communal reporting by the media, which was annexed from page 78 onwards in the writ petition. Mr. Dave emphasized that such reporting is in serious violation of the law and therefore immediate action is required and that already substantial time had lapsed.
Accordingly, the Bench directed the Petitioners to implead the NBA and to serve the Respondents. The Bench also directed the Learned Additional Solicitor General to file a reply explaining as to why no action was taken by the Government under Sections 19 & 20 of the Cable Television Networks (Regulation) Act,1995. The matter was directed to be listed after two weeks.
The Secretary Legal Cell Jamiat Ulama I Hind Gulzar Ahmed Azmi has filed a petition against the media houses blaming Corona outbreaks and spread to Tablighi Markaz, Nizamuddin Delhi.
After today’s hearing, President Jamiat Ulama-i-Hind Maulana Madani said that our legal struggle to curb biased media will continue until we get a positive result. We hope that we will get justice in this case because this is not only a matter of Hindu Muslims but the integrity and communal harmony of India. Considering today’s hearing as positive, we hope that we can get justice again from the Supreme court. He further said though Court has not given any judgment today, it is a positive sign that court has enquired with the Union of India about action being taken against such media houses.